Savour the flavours of Nagano and Niigata!

Nagano and Niigata’s long history and abundance of crystal-clear water and rich farmland gave way to some incredibly delicious local specialties. Today, find out the best famous local foods in these two prefectures, so you don’t miss out on any of these tasty treats!

Oyaki is one of Nagano’s specialty foods with a long history of production dating back to the Jōmon era. This treat is a simple, but tasty stuffed dumpling that often includes vegetables or a variety of other ingredients. The dough is made from wheat, millet, buckwheat, rice, or other flour before being stuffed and cooked. Some popular savoury ingredients include nozawana pickled vegetables, eggplant, mountain vegetables, and dried daikon radish strips. There are also sweet dumplings like red bean paste or cream cheese. An exciting part about oyaki is there are so many different styles of preparation, which depends on the store you buy it from. Some places steam them, while others bake or pan-fry it. This makes it a fun scavenger hunt to find your favourite style! Since this snack is also made largely with vegetables, it’s the perfect choice for vegans who want to experience traditional Japanese food. 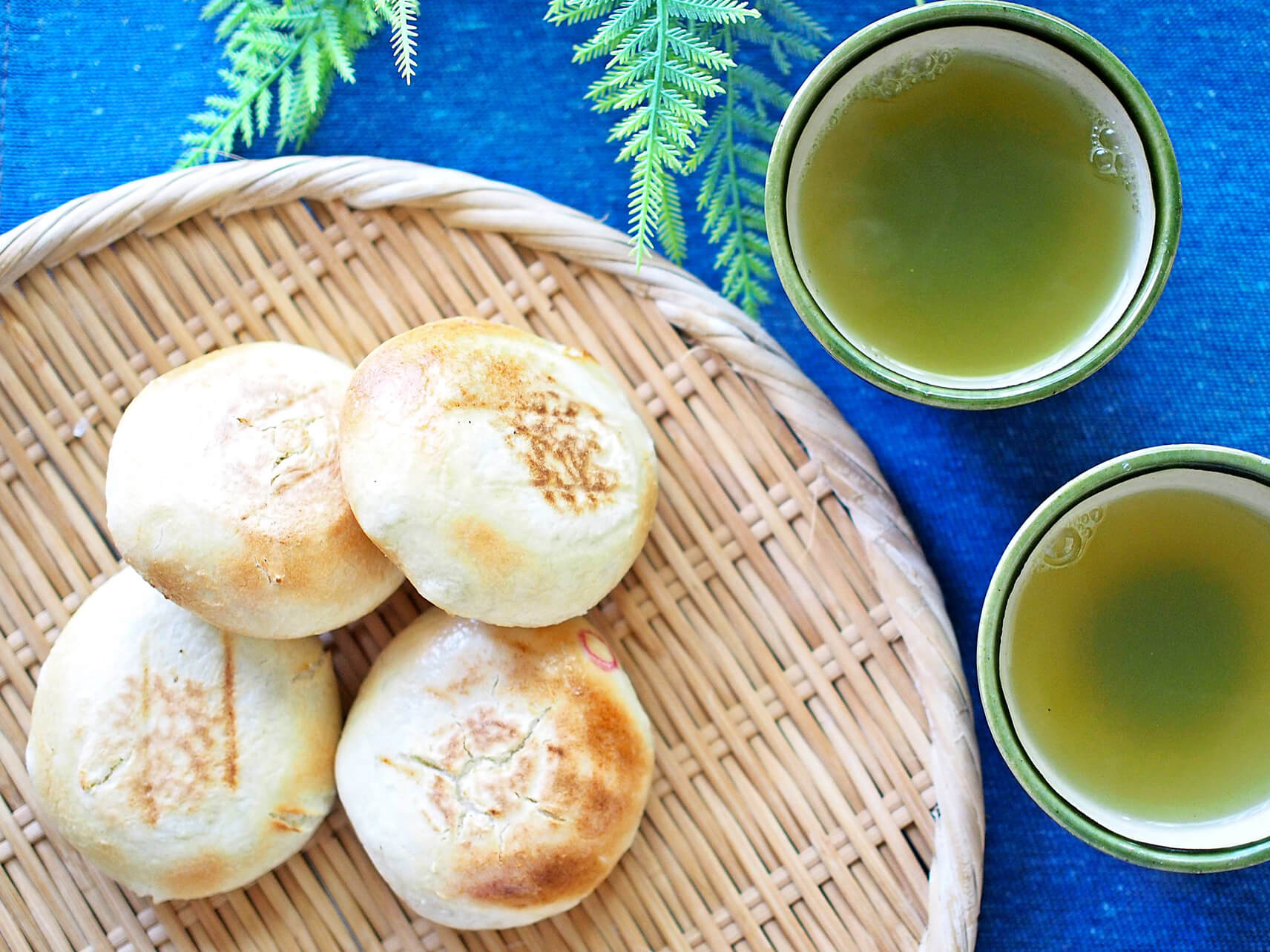 Soba is a thin buckwheat noodle well-known for its delicious texture and flavours. Nagano’s Shinshu Soba is famous throughout Japan with their Togakushi Soba being considered one of the best in the country! The most basic option is called morisoba, which is a boiled and cooled soba noodle dish with a soy sauce-based dipping sauce. There’s also a wide variety of hot soba which are often served with tempura on top. Here, there are so many different famous local soba restaurants, so if you’re in Nagano, make sure to visit as many as you can to try each one!

There are also soba making experiences that are especially popular with foreign tourists. Why not make the most of your trip with this unique holiday memory? 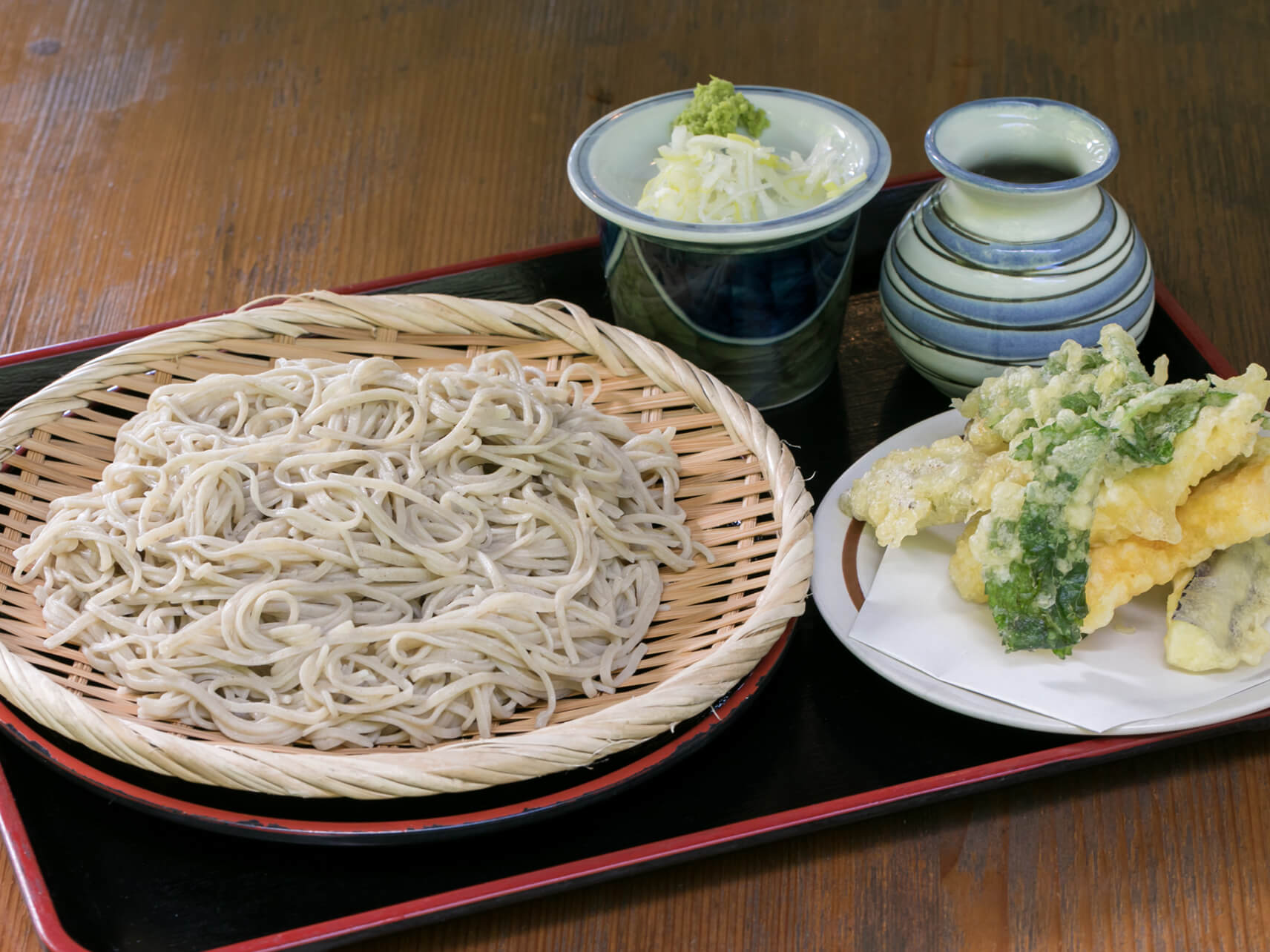 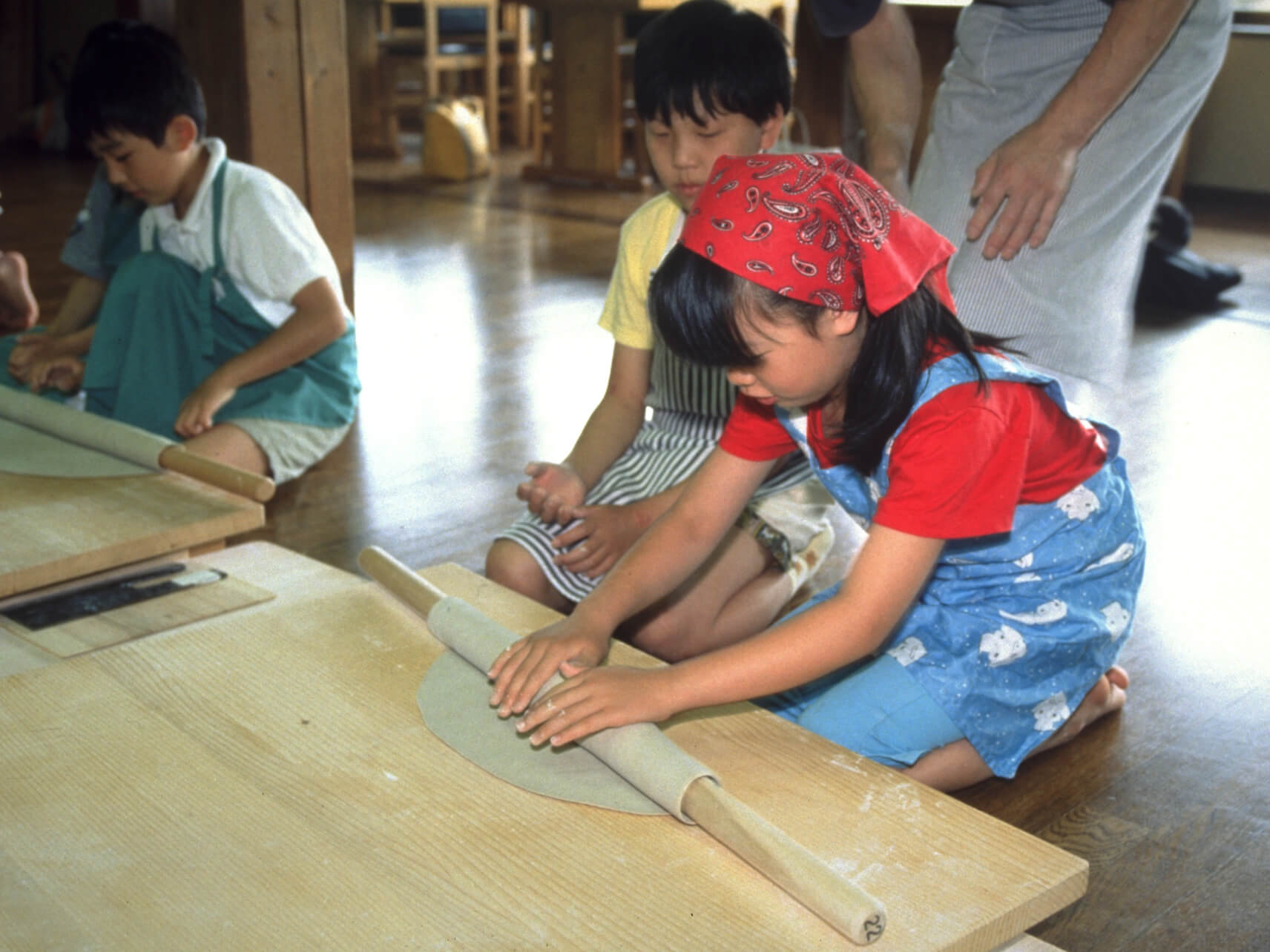 Tsukemono, or pickled foods, are an essential part of the Japanese diet. While Nagano offers a wide variety of different tsukemono, their nozawana pickles are famous throughout Japan. This is a special type of pickled vegetable which originated in Nozawa Onsen, and is quite popular among foreigners. Nozawana pickles are made from Japanese turnip leaves and finely chopped stalks that are pickled in salt or soy sauce. It’s said that the colder the water temperature, the softer and tastier the nozawana becomes. For local people, this food is a beloved comfort food that reminds them of home. It can be purchased at supermarkets and stores in Nagano Prefecture and makes a perfect souvenir. 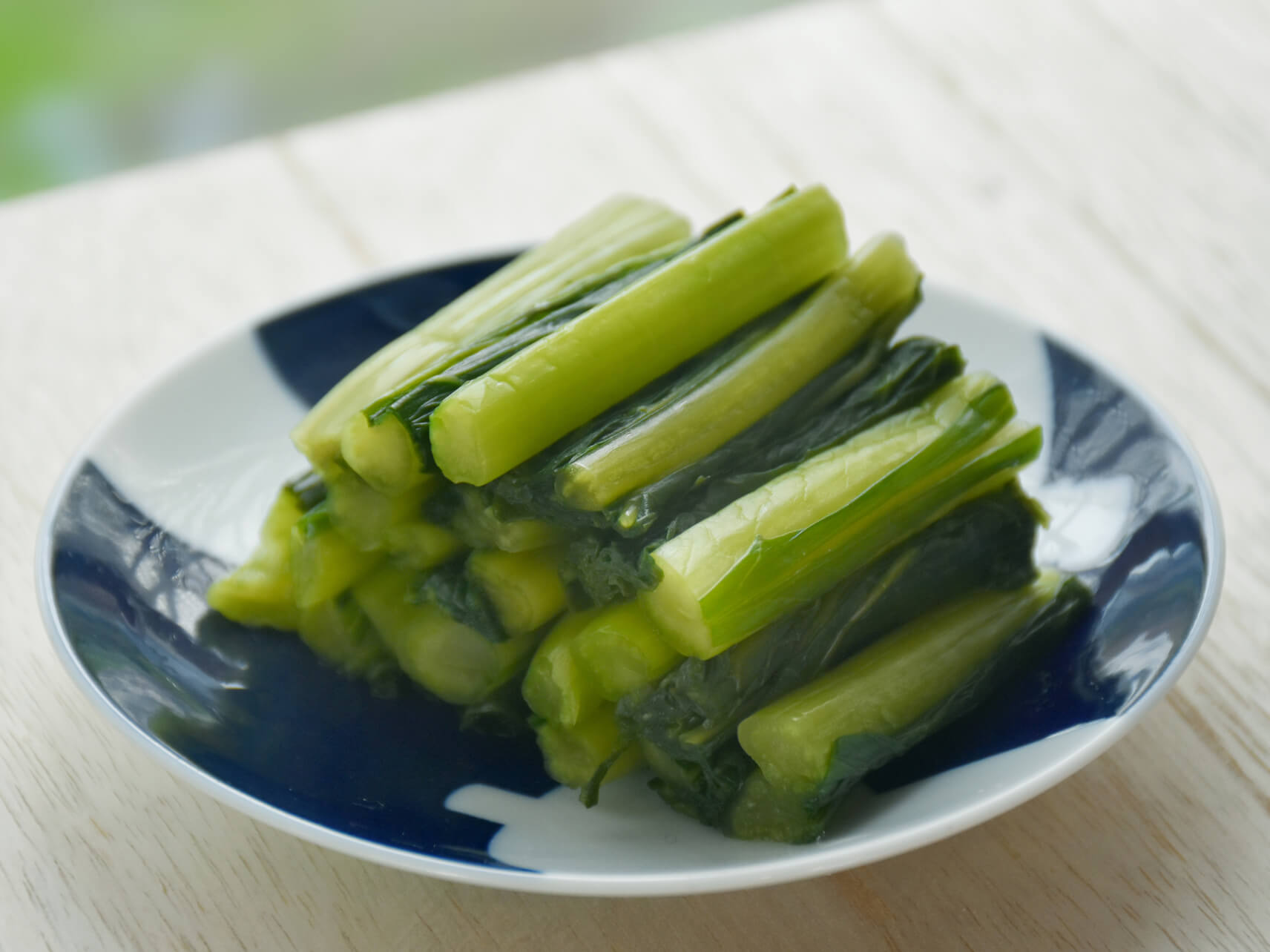 Sanzokuyaki is a deep-fried chicken that’s been marinated in a garlic-based soy sauce. This dish is a local specialty in Matsumoto and Shiojiri Cities in Nagano Prefecture. It resembles Japanese fried chicken, but much larger! Sanzokuyaki is made from chicken breast or thigh and has a juicy inside and crunchy exterior. Find it at many restaurants and Japanese pubs throughout the Chushin Area of Nagano. 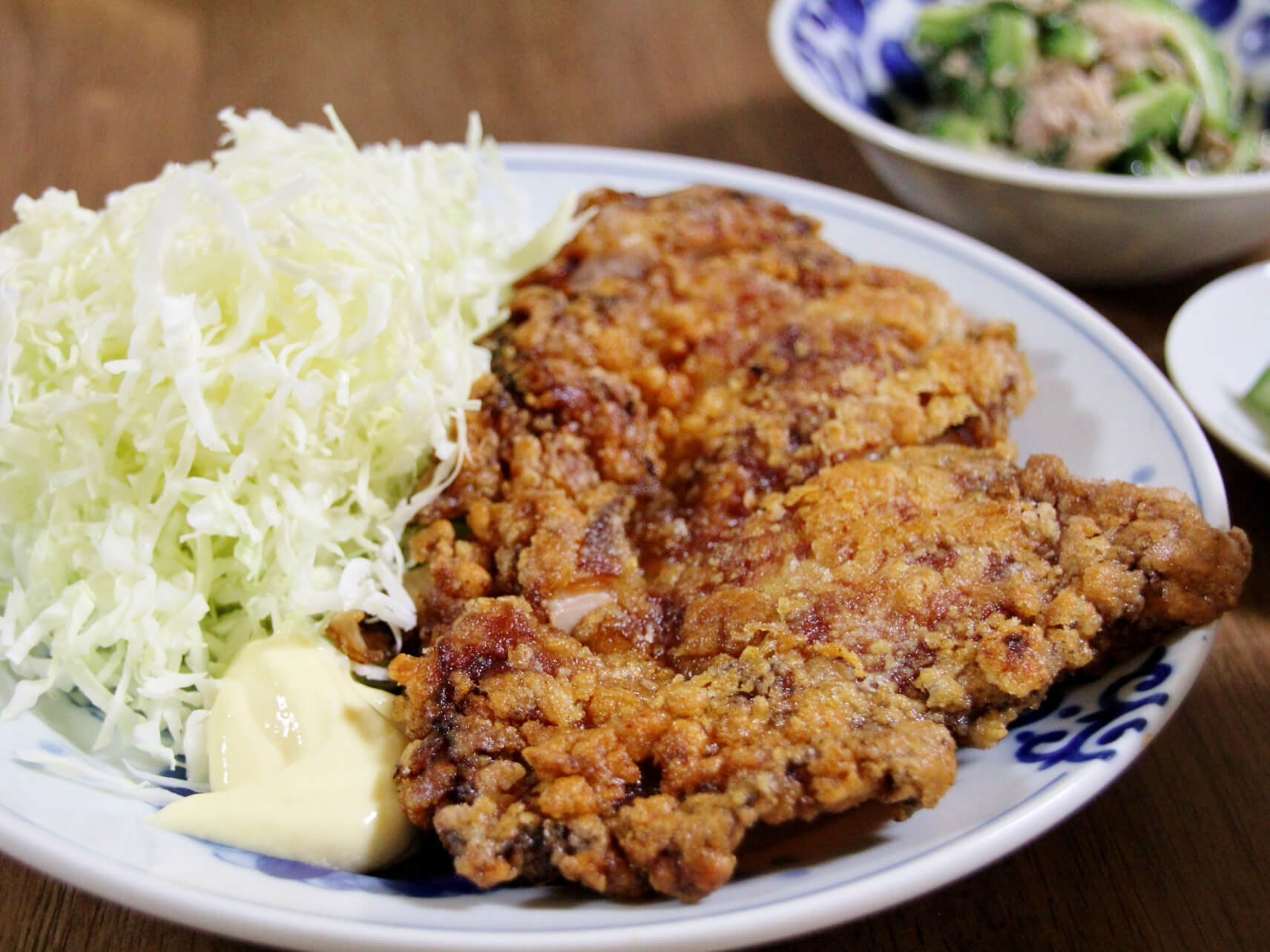 Sasa Sushi is made by placing sour sushi rice and various ingredients on top of kuma bamboo grass. This type of sasanoha bamboo leaf has been used since ancient Japan to preserve food with the dish originating in Nagano and Niigata Prefectures. Ingredients used often include bamboo shoots, shiitake mushrooms, wild and seasonal vegetables, thinly-sliced pan-fried eggs, or pickled red ginger. This dish is a must-have for special occasions like local festivals and celebrations. 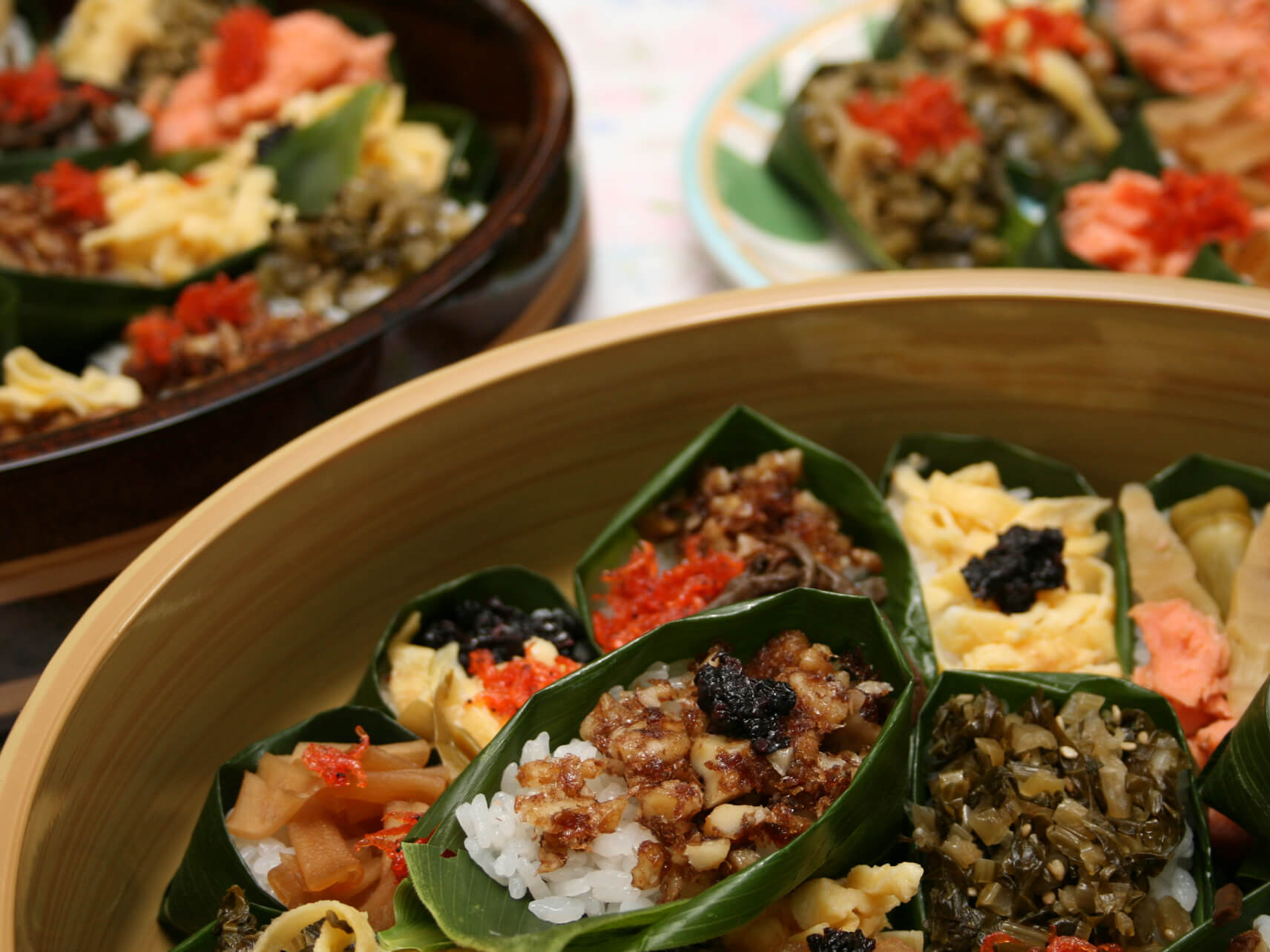 The Shinshu Salmon was developed over 10 years at the Nagano Prefectural Fisheries Experimental Station and is a special way to raise freshwater salmon-esque fish. This fish is a cross between a rainbow trout, which is easy to raise and has good meat quality, and a brown trout, which is resistant to sickness. The Shinshu Salmon grows in the beautifully clear and cool waters of Nagano, which gives it fantastic flavour and nutritional value. The thick and moderately fatty meat has a low melt temperature making the fat practically dissolve in your mouth, yet it has a very subtle aftertaste. This makes it a big hit with seafood lovers, but also a game changer for foreigners who aren’t fond of fish. We recommend trying it as sashimi or in a carpaccio for the best experience. 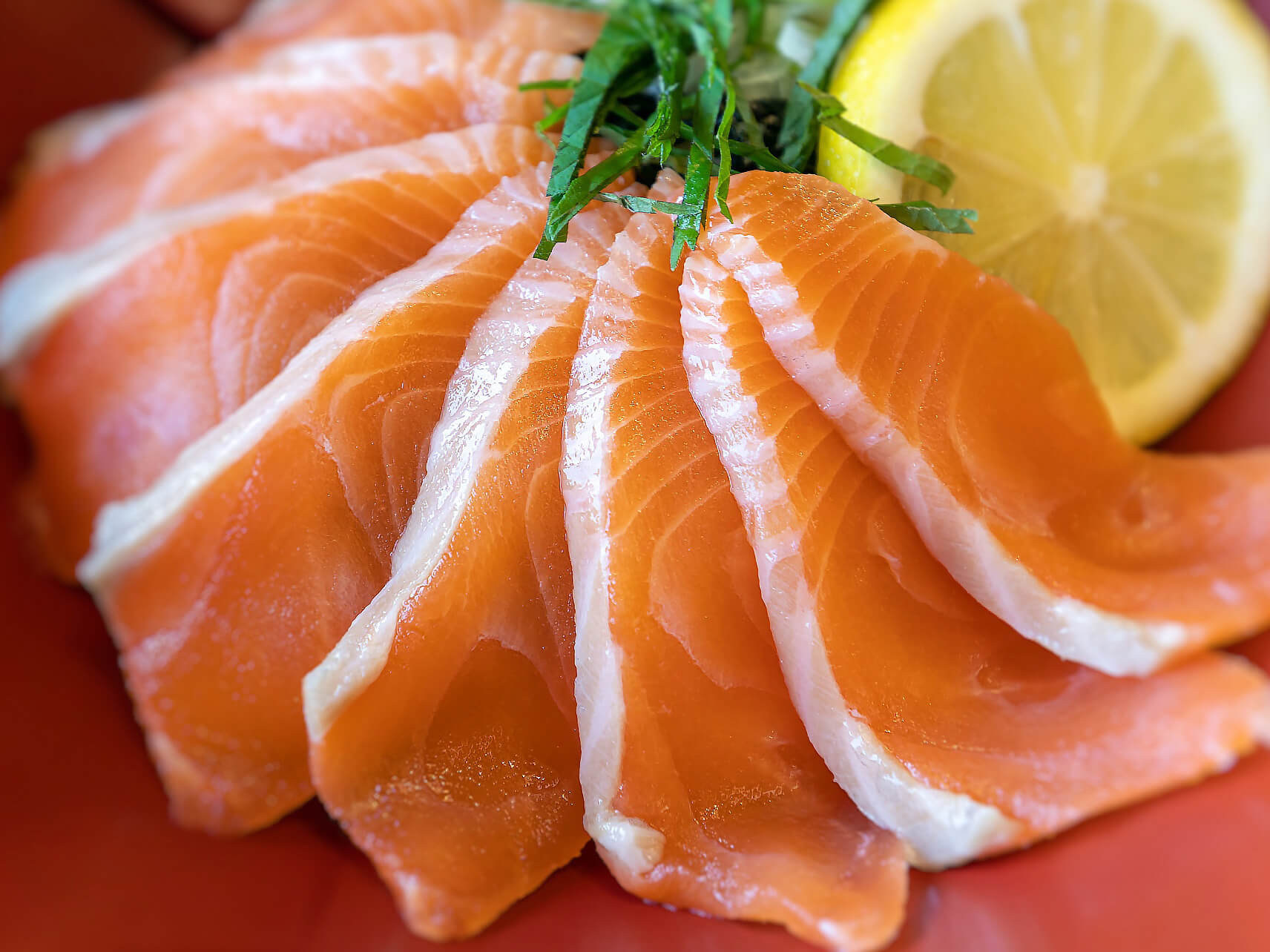 Kanzuri is a traditional fermented chili paste from Myoko City in Niigata Prefecture. The paste is made by grinding chilli peppers and mixing it with crushed rice malt, yuzu, and salt before being left to mature and ferment for three years. The mixture is laid out on the snow and is so breathtakingly beautiful that it has been covered by the media in Japan and abroad. It has a mild taste that is complemented by deep flavours and moderate spiciness. It can be added to hot pot, ramen, pasta, sashimi, grilled chicken, and a variety of foods or used as a dipping sauce. 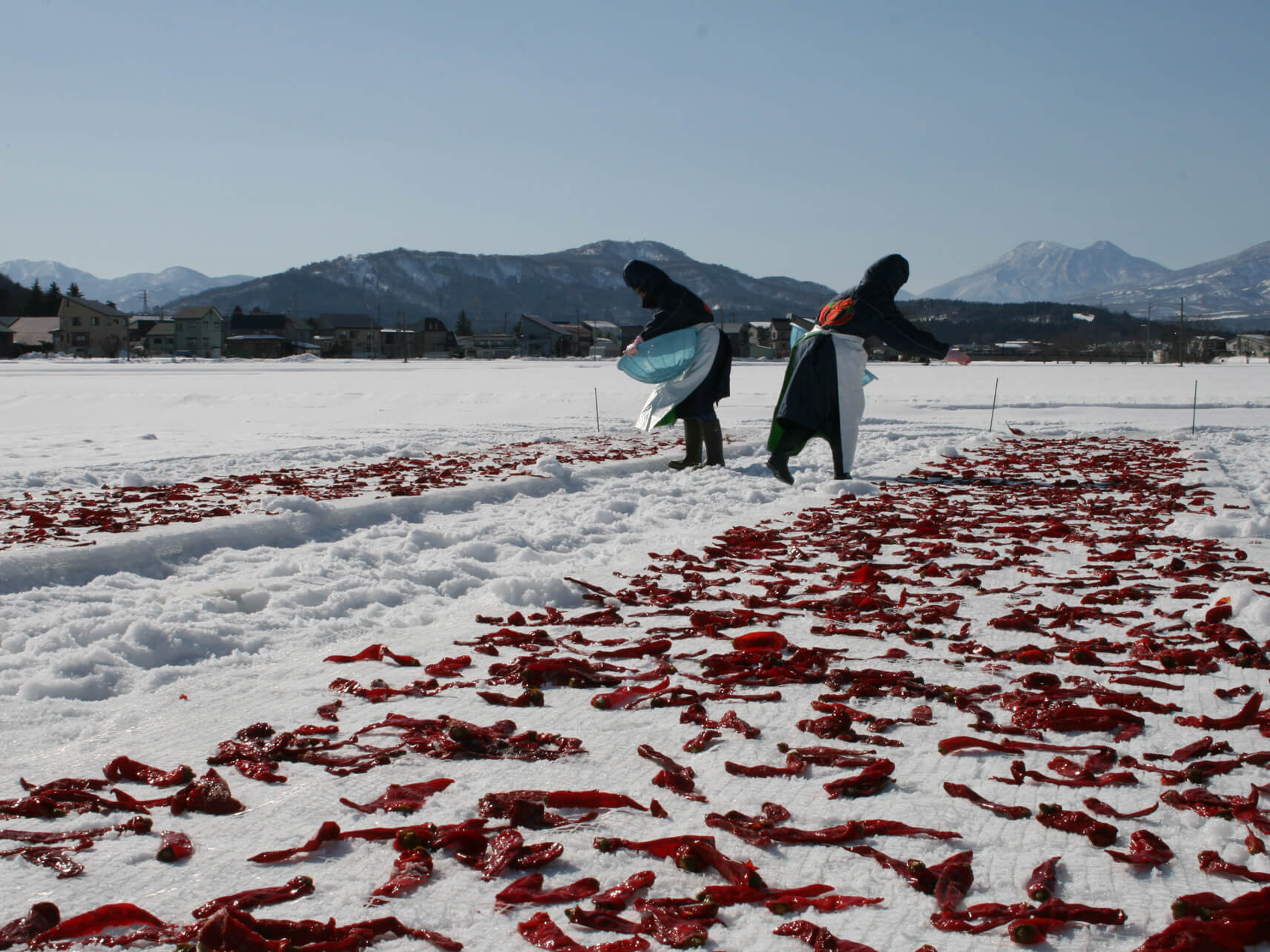 This miso-based soup is made from bamboo shoots and canned mackerel, and is a popular local dish eaten in the Hokushin area and Joetsu area of Niigata prefecture. It uses Nemagari bamboo, a bamboo shoot sprout which is a bit of a rarity since it can be harvested only in the early summer. In Nagano, mackerel was considered to be a rare treat in ancient times since this prefecture doesn’t have access to the ocean, and adding mackerel to miso soup is unique to this region. With this addition, the light miso soup gains rich and delicious umami flavours. 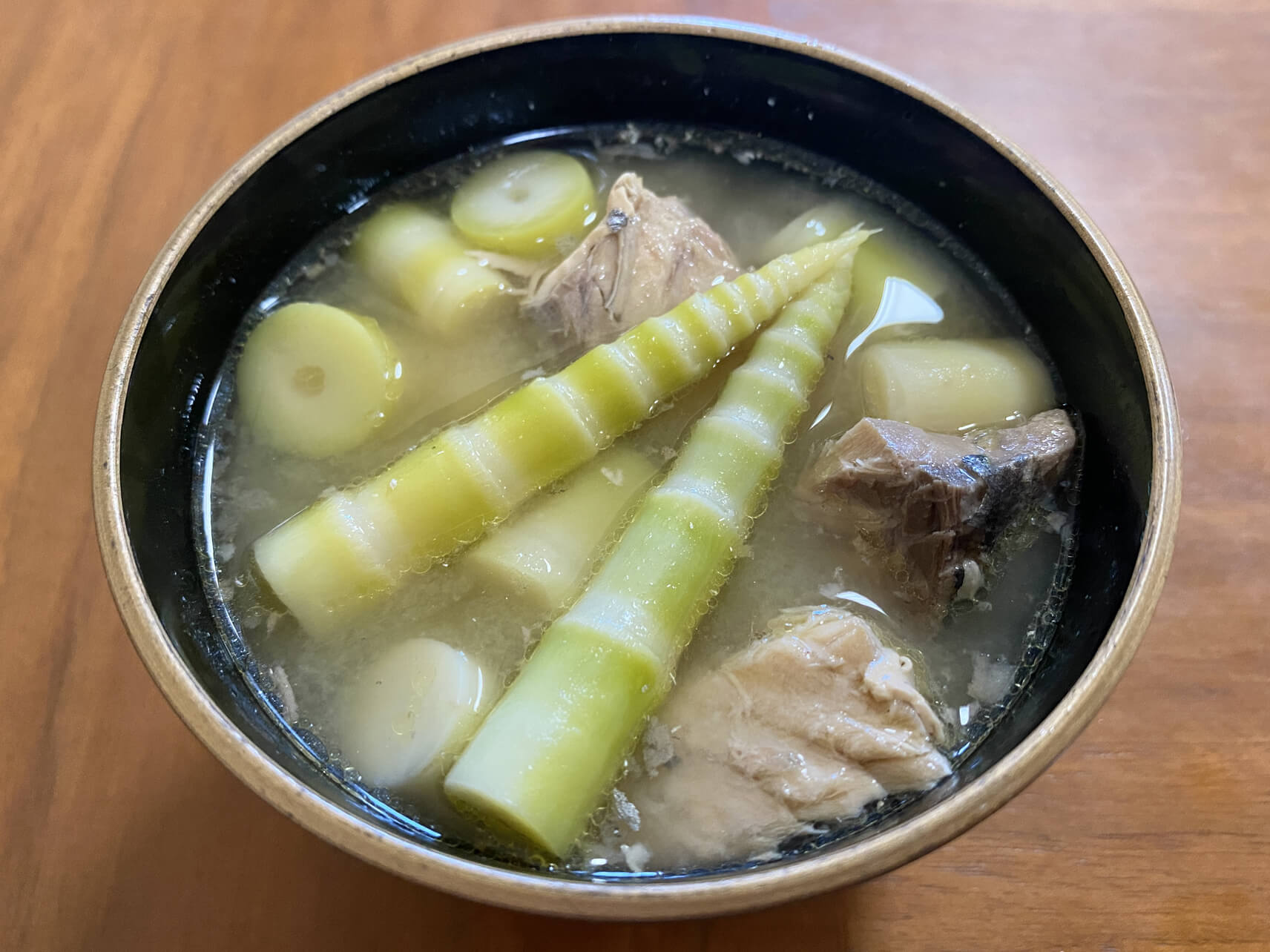